I still remember the first time my daughter had her first little vomit in her bassinet at the hospital. As a first time mum, I was calling the nurse and asking if she was ok, could she be choking and what should I do to help her? I just kept receiving those reassuring smiles that said, ‘everything is ok and this is normal’. 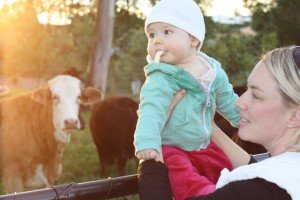 As the first few weeks flew by I became so used to the little spews that I learned a new way to dress. I would layer my clothes with a singlet, shirt and cardigan so I could simply take a layer off each time I was spewed on and everywhere I went there were ample cloth nappies to hang over my shoulder and those who dared have a hold! It never bothered me that she was a ‘spewer’ as she had no pain, slept well and was generally a happy baby. However, everyone who saw her bring up milk after each feed would ask how I was coping with my ‘reflux baby’. After a while, I started questioning myself, even though I knew my daughter did not show the reflux signs and I spoke to my GP at one of her regular checkups. She very kindly reminded me of all the things I already knew about reflux and assured me that my child was not in this category.

As the months went on, I got very used to my little spewer and never gave it another thought. She continued to bring up milk after every feed until about 8 months old and one day, I realised that she had simply stopped. Upon reflection, this was the time that she no longer needed to be burped, was eating more solids, taking less milk, standing against furniture and increasing her activity levels. When my second child came along, he was exactly the same. He took a little longer to get moving but as soon as this point came, he too simply stopped bringing up his milk.

Being a first time mum is extremely hard and even the good babies are difficult to manage in those early weeks and months. Both of my little spewers were such happy babies and looking back, that’s the reason I knew there was nothing wrong with them in terms of reflux. Your baby will tell you if there is something that needs your attention, you just have to listen to the signs and trust those motherly instincts. 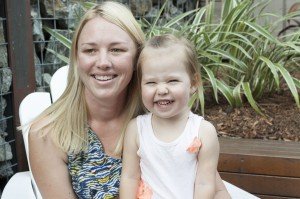 Back to September 2013 newsletter