What is food intolerance, and what does it have to do with reflux?

Food intolerance can be defined as an “unpleasant reaction” to food that does not involve the immune system 1. Food allergies and intolerances are a major factor for many children with reflux 3. Food allergies show on allergy tests but there are no skin or blood tests for food intolerance and both can cause symptoms of reflux in susceptible children 3, 4. Symptoms of food intolerance include hives, bowel irritation, stomach cramping/pain, mouth ulcers, headaches, aches, pains, irritability, children can be irritable and restless with aggravation of behaviour problems such as ADHD, babies can develop colicky irritable behaviour, reflux, loose stools, eczema and/or nappy rashes 4.

The book Fed Up: Understanding how food affects your child and what you can do about it by Sue Dengate (2008) lists the rules of food intolerance 5:

2. Food intolerance can be triggered by illness, exposure to environmental chemicals or medication;

3. People who notice the effect of one additive are likely to be affected by other food chemicals;

4. Any symptoms may be provoked by any food chemical;

6. Reactions are related to the size of the dose;

7. Effects can build up slowly over days and weeks;

8. Some people are more sensitive than others;

9. There are no scientifically proven laboratory tests for food intolerance;

10. An elimination diet with challenges can show which food chemicals affect you.

Food intolerance is commonly diagnosed by an elimination diet, which involves cutting out ‘suspect’ foods until symptoms disappear and then slowly re-introducing foods one at a time. This is fairly difficult to do as it is a lengthy and tiresome process usually 2 to 6 weeks on the elimination diet and most people are not sensitive to just one food, it is often a number of culprits. Food intolerances involve reactions to specific chemicals common to many different foods 4. The majority of people who are sensitive to any foods, are sensitive to more than one, and it is only if all the foods are withdrawn at the same time that any improvement is noticed 2.This is done under medical supervision, and food intolerance cannot be diagnosed by skin prick tests or blood tests 1, 2. Also with food intolerance, the symptoms often are mild at first but gradually get worse 2 as they are dose dependent, a small amount may cause no symptoms, whereas a larger amount exceeds your dose threshold and can provoke a reaction 4. Eating small amounts daily of the food you are sensitive to, can cause a gradual build-up with symptoms developing after a few days 4.

In food intolerance it is almost always commonly eaten foods that are the source of the problem 2. In most western countries this is wheat and milk, which are usually consumed several times a day 2. Also sensitivity to corn is occurring as it is finding its way into many prepared foods in the form of corn flour, corn starch and corn syrup 2. Another sensitivity that is emerging is with soya beans and soya flour as they are more widely used in processed foods 2. When compared to food allergies, larger quantities of the food are required to provoke the symptoms of food intolerance and food intolerance generally produces a very slow response to food with symptoms appearing several hours after food is eaten, or the next day or even 48 hours later 2. Food intolerance tends to diminish if the food is avoided for a while, however it can reappear if the food is eaten on a daily basis again and a viral infection can spark off food intolerance again 2. Generally, the longer offending foods are avoided, the better the patient becomes 2. Also of interest, is that about 50 per cent of patients actually crave the culprit food 2. No two patients with food intolerance will have the same symptoms, also food intolerance can begin at any age, and it may disappear in a child as they grow up but then reappear later in a different form 2. People with food intolerance have life-long susceptibility and symptoms can come and go 4.

The foods that tend to cause intolerance reactions in sensitive people include 6:

• Histamine and other amines in some foods.

It is important to emphasise that elimination diets must only be undertaken for a short term, under strict medical supervision and only for very good reasons. Prolonged restricted diets can lead to problems with nutrition, particularly in children 7.

This article is written for the benefit of reflux parents, based on the experiences of reflux parents. It is not meant to replace medical advice and is of a general nature only. If you have any questions or concerns, please seek advice from your medical professional.

Additional information on gastro-oesophageal reflux is provided in RISA’s book “Reflux Reality: A Guide for Families” by Glenda Blanch.

The books mentioned in this article can be accessed for free by Australian RISA Members through the library, just email info@reflux.org.au.

Further information on food intolerance can be found at the following websites:

The article on eating out for the digestively challenged (Sydney-focused) provides some options for breastfeeding mums. 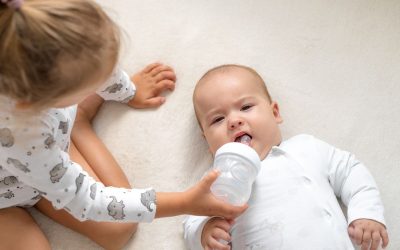 Baby won’t eat – is reflux the cause? 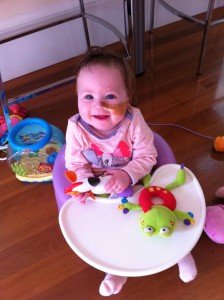 One of the lesser known (and obviously less frequent) consequences of severe gastroesophageal reflux disease (GORD) is the need to tube feed some children. Babies can learn very quickly that the act of feeding hurts and as a result will refuse to feed. Despite the notion that feeding should be instinctual, there are some instincts that take precedence, like preserving oxygen flow or avoiding pain.

Food allergies/intolerances and feeding your toddler!

So my son cannot have dairy, soy, gluten, egg … what on earth do I feed him!? This is a question faced by many parents who have infant and toddler ‘refluxers’, as food can often be the culprit for a reflux flare and cutting out gluten, dairy, soy, and/or egg from their diet can sometimes help (AND there may be other foods that need to be avoided too!). Food allergies show on allergy tests but there are no skin or blood tests for food intolerance and both can cause symptoms of reflux in susceptible children