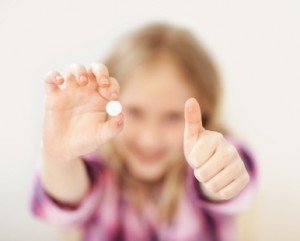 Secretion of acid by the stomach is a normal function of the body. Acid is secreted by parietal cells found in the stomach lining, involving a mechanism known as the proton pump. Acid in the stomach is useful for breaking down foods, making them easier to digest, and also for helping prevent infection by providing an unfavourable environment for growth of infective organisms. Normally, acid is secreted continuously in small amounts, with increased secretion in response to food intake. Reflux, or Gastro Oesophageal Reflux Disease (GORD), is a condition where the acidic contents of the stomach come up into the oesophagus and causes pain, discomfort and associated symptoms. An effective way of treating GORD is the use of Proton Pump Inhibitors (PPIs).

PPIs work by permanently inactivating the proton pump responsible for acid secretion. They stop both the continuous secretion and secretion in response to food. PPIs can decrease acid production by as much as 90%. PPIs available in Australia, and their original brand names are: Omeprazole (Losec); Esomeprazole (Nexium); Rabeprazole (Pariet); Pantoprazole (Somac); and Lansoprazole (Zoton).

All PPIs work in the same way. They bind to the same receptors in the body, and produce the same effect, with a similar side effect profile. No clinical difference in the different drugs has been found in the treatment of GORD. Differences between the individual drugs exist in their molecular structure.

Differences in molecular structure can lead to differences in drug formulation, for example Pantoprazole and Esomeprazole are available as injections as well as oral forms. There may be differences in dosing, for example Esomperazole will generally be used in lower doses than Omeprazole in an individual, simply because of the form of the drug. However, all these molecules are very similar, and are all derived from a common precursor. As with many other classes of drugs, the differences in effect in different individuals are due to these small molecular changes, which might mean that certain individuals tolerate, respond to or metabolise the different drugs differently. This is not an indication of the efficacy of the drug, simply differences in each person’s response to the molecule. It may be the case that one molecule may work better for an individual, that does not work for another, and there is a possibility as with all medication that sometimes the drug will need to be changed if the clinical outcome is not achieved. Omeprazole tends to be the most commonly prescribed PPI as a starting point, simply because it has been around the longest and most doctors have more experience with it.

In adults, PPIs can often cause stomach discomfort such as pain, constipation, nausea and vomiting. With long term use, they may decrease vitamin B12 absorption, and there may be an association with increased risk of pneumonia, fractures and gastric infections. In adults who are on long term therapy it is often recommended to take calcium supplements and monitor vitamin D levels. As there is a lack of studies in children who use PPIs in the long term, the occurence of these effects can not be stated. However, with both adults and children, before prescribing these drugs, a doctor will will analyse all benefits and potential risks. If a child is failing to thrive due to reflux and associated feeding problems, the benefit of treatment to that child may far outweigh any potential risks of long term treatment.

PPIs as molecules are not stable in an acidic environment. For this reason, tablets and granules are usually coated and usually come with the instructions *Do not chew and *Do not crush. This is because exposing the molecule to the stomach’s acidic environment can make it less effective. When using tablets/capsules or sachets (such as Nexium), the instruction is to disperse the medication in a little water, up to half an hour before administration. With lansoprazole (Zoton), one may suck on the tablet and then swallow the granules.

Certain PPIs are available from certain pharmacies as mixtures, which are compounded by the pharmacy according to their individual formulation recipe. Some parents may find this option more convenient, rather than having to break and disperse tablets. Some parents report that using tablets seems to be more effective than using the mixture. The mixture uses exactly the same drug, and the amount of drug will be carefully measured to ensure that the content of drug per dose is correct, so there should be no difference in effect. However the mixture made up from the pharmacy has specific storage instructions, usually they are stored in the fridge and discarded after a number of days, depending on the drug and formula recipe. After this time, the drug may not be stable in the mixture, and may lose effect. In addition, the mixture must be shaken well before giving a dose. These instructions may seem easy to follow but sometimes this is not the case, and the mixture may lose efficacy, causing parents to think that the mixture is “not effective” compared to the tablet. On a personal note, we recently travelled overseas to Botswana, with my son’s recently compounded omeprazole mixture. During our stay we had a power cut that lasted almost 6 hours. It was summer, the outside temperature was about 40 degrees. During this time, the fridge was never opened. However, a week after that incident, his reflux symptoms got much worse. I had no more mixture and a pharmacy there could not make it up for me, so I had to use tablets. Within two days he was well controlled again, forcing me to conclude that the power cut caused my mixture to lose effect.

In summary, PPIs are currently the most effective drugs we have to treat GORD. Treatment is initiated by a doctor, taking into account all of your child’s health factors and any potential side effects before determining whether treatment with a PPI is necessary and beneficial. The length of treatment will vary with each child, as will the most effective drug. Some doctors may have more experience with a particular drug and chose to prescribe that specific one initially. Unfortunately treatment may need to be changed depending on response and finding the right drug can sometimes be a case of trial and error, as happens with many other medications. The formulation used is a choice that the parents can make depending on availability and cost; this choice may be guided by your doctor or pharmacist.

Back to March ’14 Newsletter